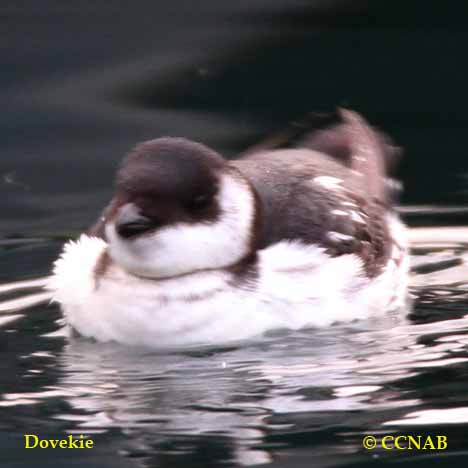 Life, Habitat & Pictures of the Dovekie

The Dovekie is the smallest member of the auk family. Another name given to the Dovekie is actually the Small Auk. Although it is a seabird that is seldom seen, it is the most abundant seabird in the north Atlantic Ocean. The Dovekie is the size of a robin and nests in cavities in holes that they dug out on the side of cliffs and hills next to the seas.