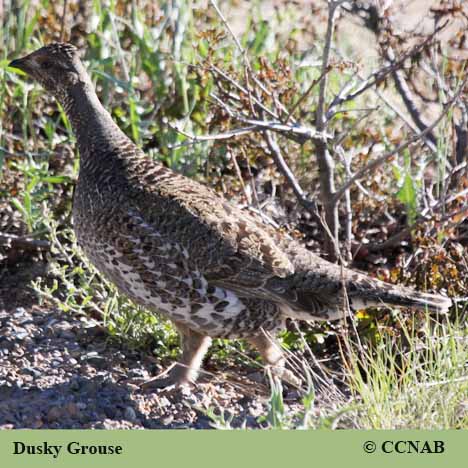 Life, Habitat and Pictures of the Dusky Grouse

The Dusky Grouse was once a sub-species of the Blue Grouse. This large game bird can be found in the open shrublands of the western mountain slopes. There are regions where they are found in open land spaces with clumps of bush groves.