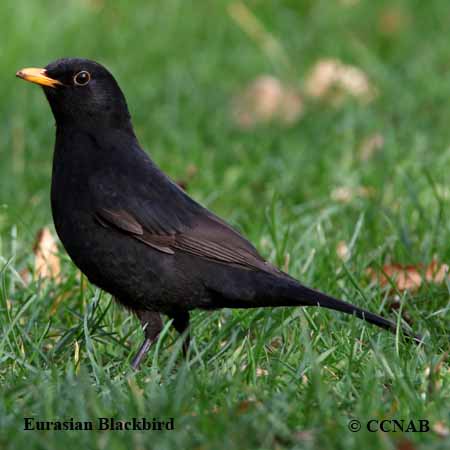 Life, Habitat and Pictures of the Eurasian Blackbird 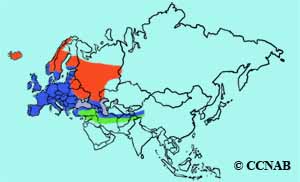 The Eurasian Blackbird is a vagrant thrush that has been seen in North America and is a common thrush seen throughout Eurasia. Although it is dark in plumage and called a blackbird, it is actually a member of the thrush family and behaves in the same manner as the American Robin.