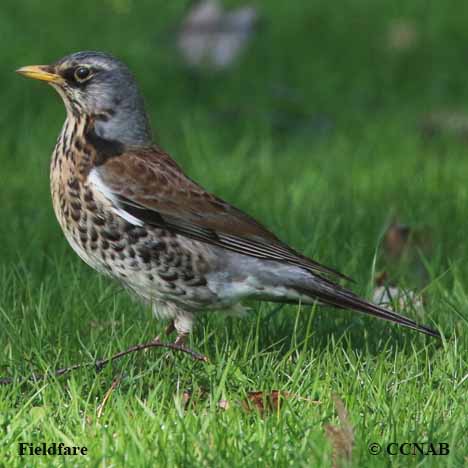 Life, Habitat and Pictures of the Fieldfare 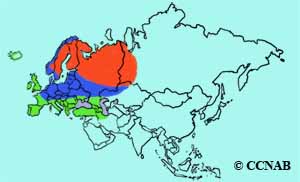 The Fieldfare is a member of the thrush family. It has a similar appearance and behavior to the American Robin. This medium-size European bird is sometimes seen in North America and is recognized as a vagrant bird. These are hardy birds that nest in the central and northern regions of Europe.