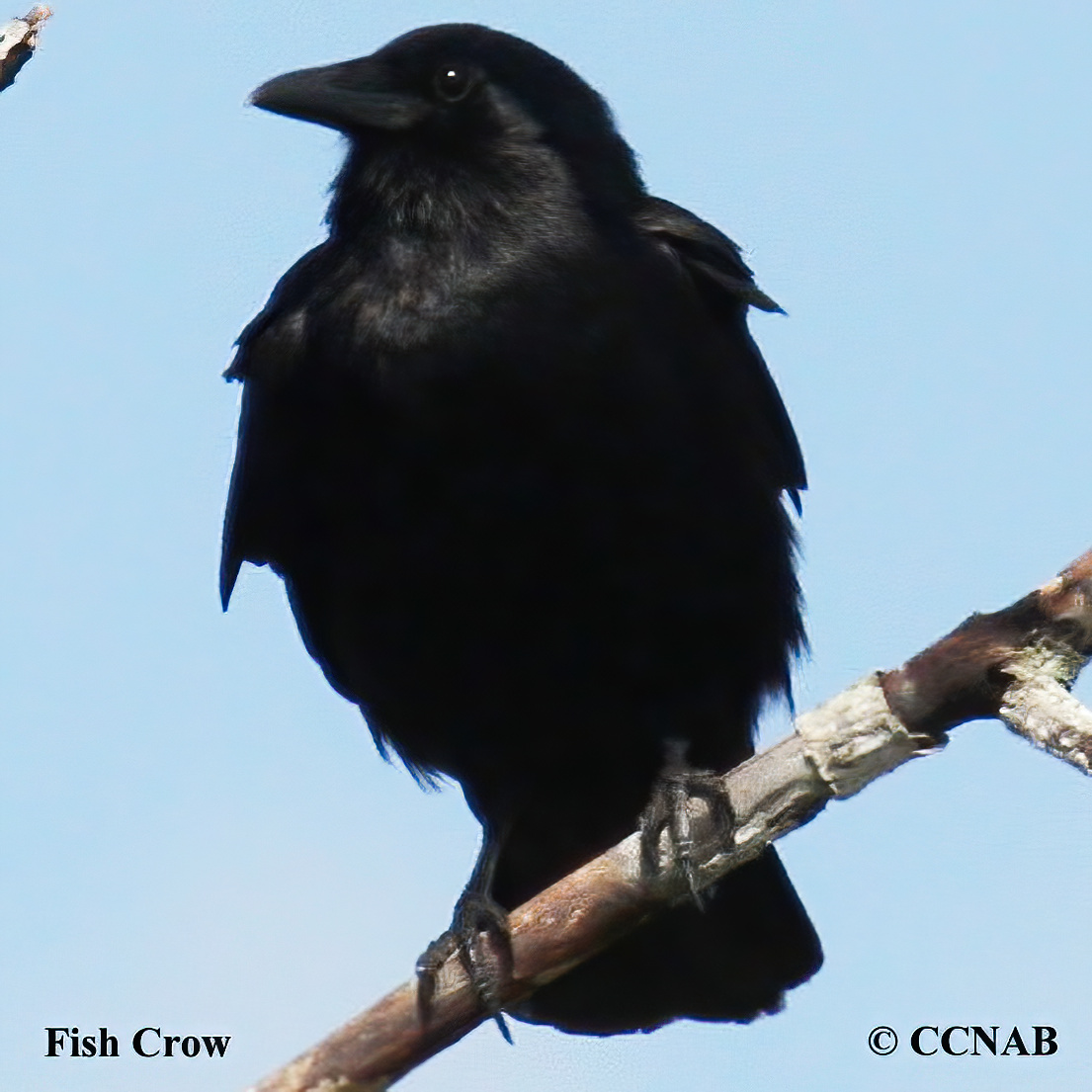 The Fish Crow used to have one of the smallest ranges in North America and was usually seen only in the southeast area of the USA. Today, it is being reported regularly along the northern shores of Lake Ontario. This crow has an easy call to identify and sounds like "Oh no". It has a whining or complaining call when compared to the American Crow.