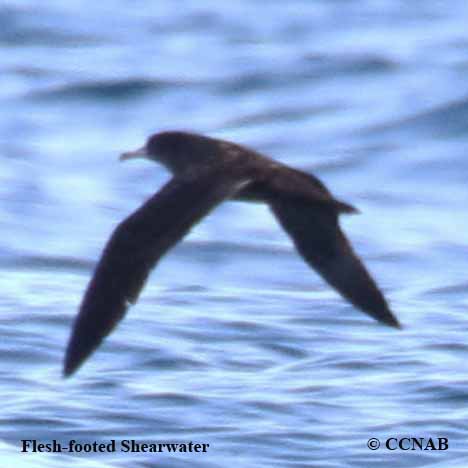 Life, Habitat and Pictures of the Flesh-footed Shearwater

The Flesh-footed Shearwater is a rare visitor from the south Pacific Ocean. It is sometimes seen along the coast of the northwestern US states. It is usually in the company of the Pink-footed Shearwater. There are opinions, that these two shearwaters are a race of each other. This grey shearwater can be recognized by its dark coloured body and pale coloured bill.