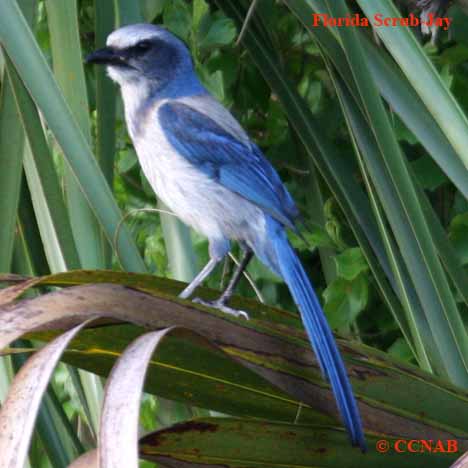 The Florida Scrub-Jay is a threatened bird, due to the loss of its habitat being turned into developments and the changing landscapes. This bird is becoming more and more scarce throughout Florida, where it is now only found in local areas.