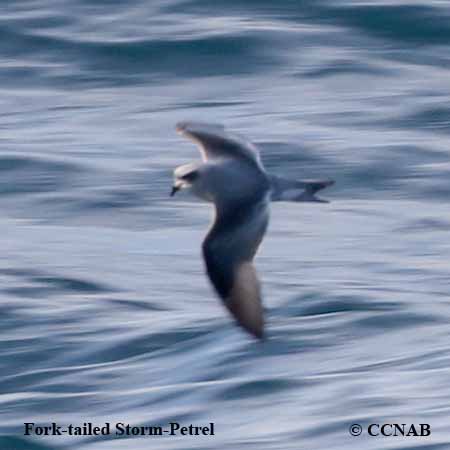 Life, Habitat and Pictures of the Fork-tailed Storm-Petrel

The Fork-tailed Storm-Petrel is a pelagic seabird, that can be seen at sometime during the year from northern California, northward into the north Bering Sea. This light colured grey seabird behaves in the same mammers, as the swallows, one sees on land, that is flying at very fast speeds, as it manoeuvres across the water surfaces.