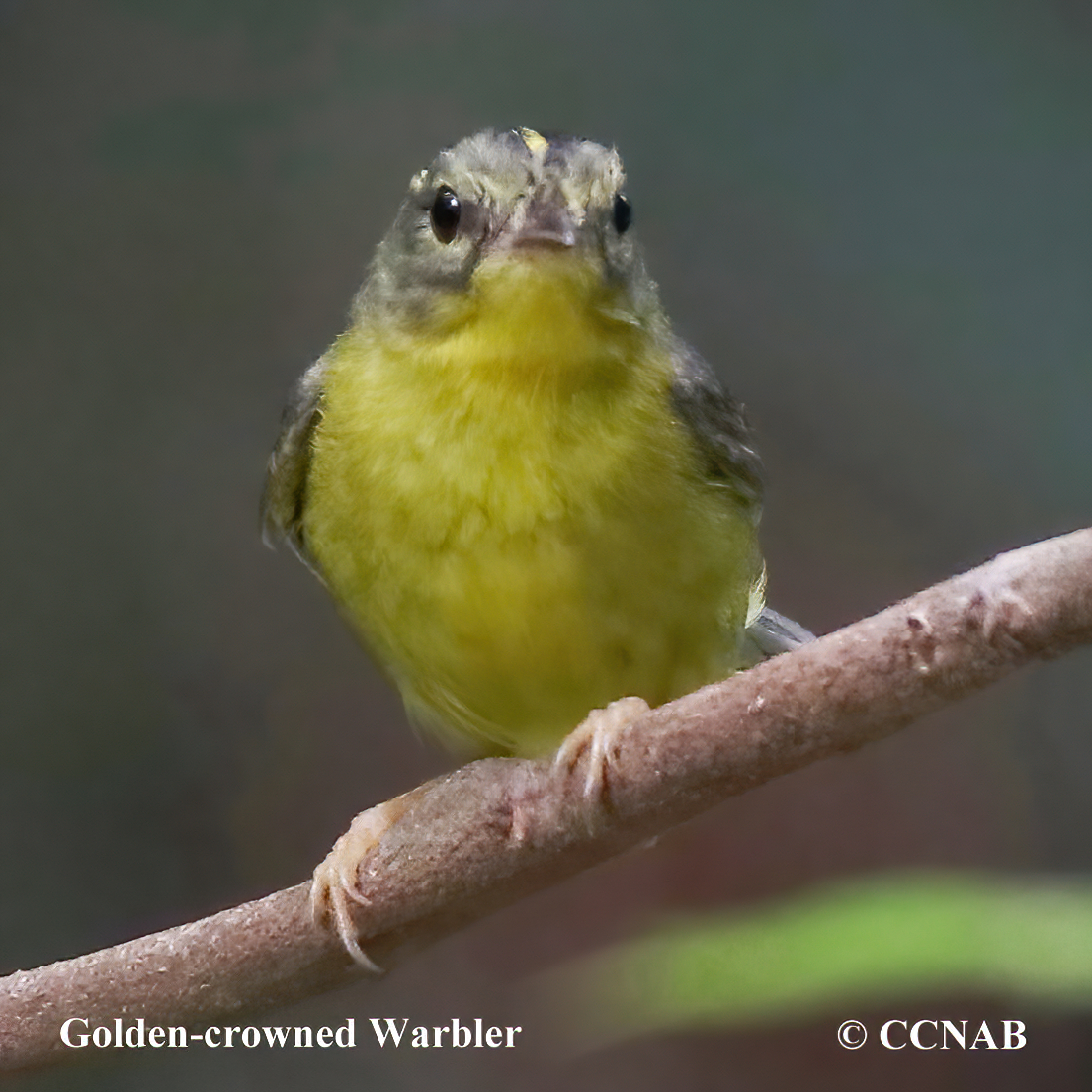 Species: The Golden-crowned Warbler (Basileuterus culicivorus) is not a native bird to North America. It is a native bird to Mexico, Central America and South America and is probably the most common warbler seen. It makes its habitat on the mountain slopes and is seen both on the Pacific coast, as well as along the Gulf coast in Mexico. It is found in coniferous and deciduous forests, preferring tropical surroundings with warm to moderate temperatures.

Distinctions: The male has a bright yellow throat, breast and undertail coverts. Grayish-brown auricular, yellow supercilious, two dark lateral crown stripes, with a yellow stripe through the center of the crown. The back, wings and tail are greenish-brown, no wingbars. The female is similar to the male, as are the juveniles who are duller in appearance.

Nesting: Three to five creamy white coloured eggs, with brown markings. The nest is built on or near the forest floor. It is composed of rootlets, leaves, moss and lined with fine grasses. 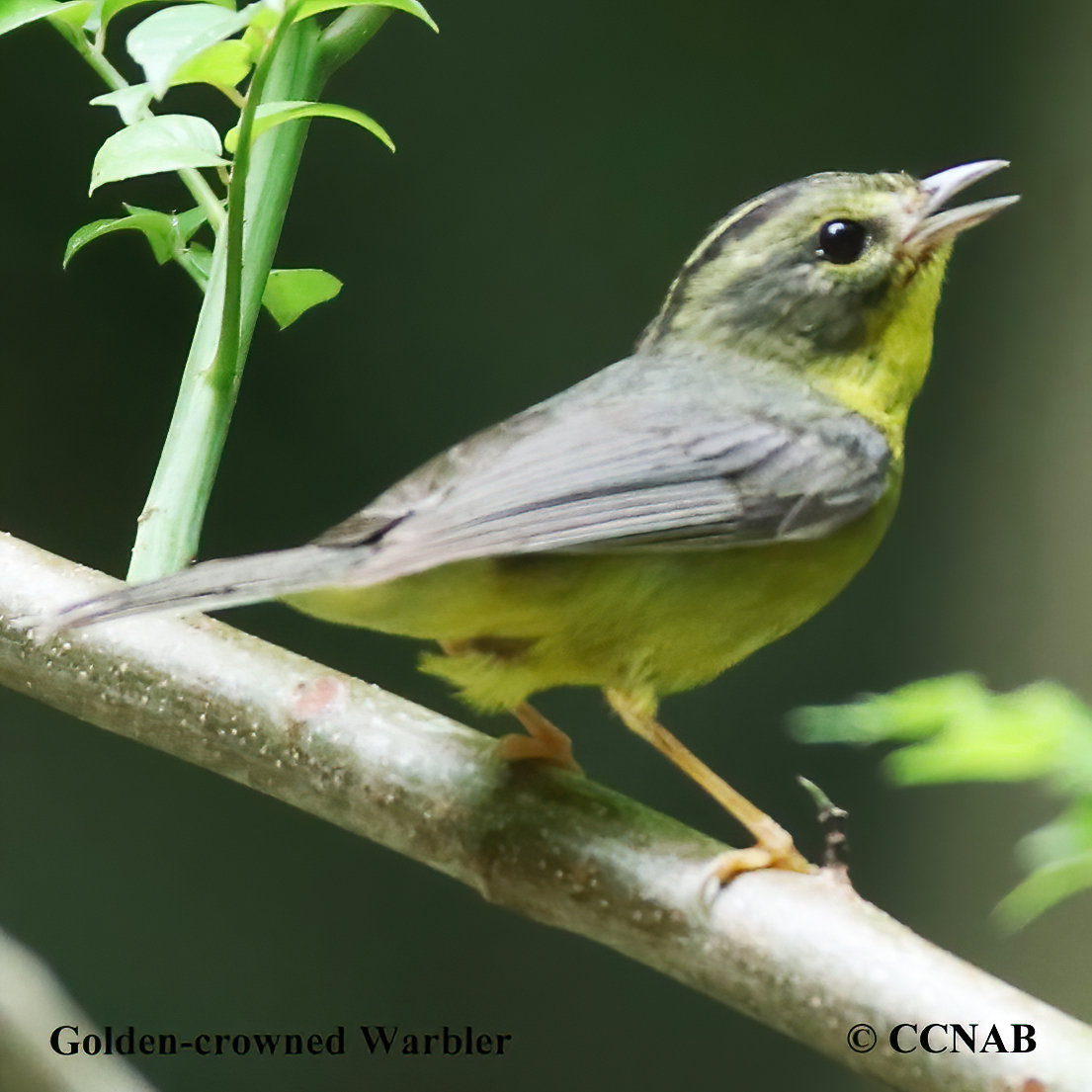 Distribution: Found along the mountain slopes in Mexico but not on the top of the plateau, as well as throughout Central America, including the greater parts of South America. It is a very common warbler and not threatened. It has been seen in Texas and is recognized as a vagrant visitor.