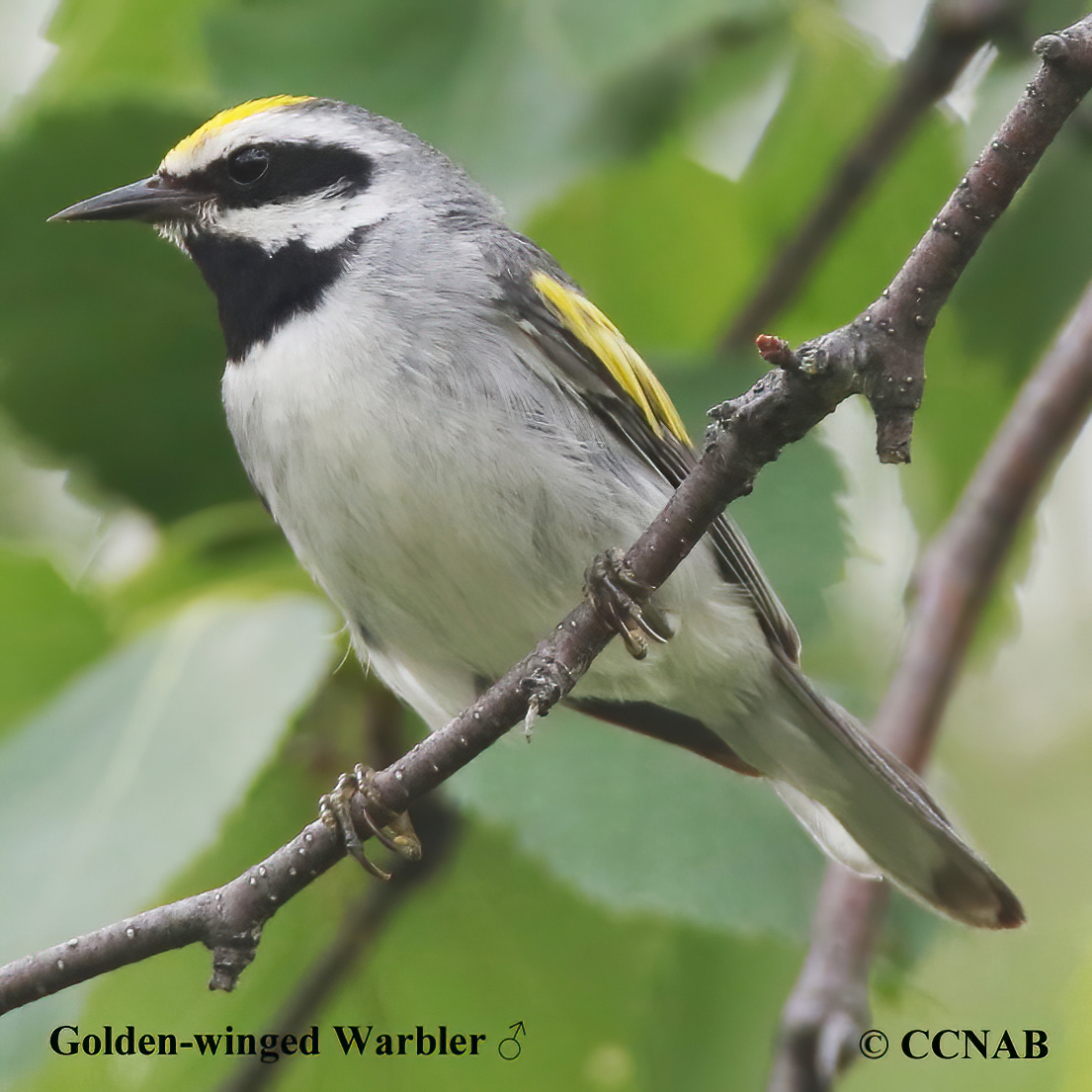 Species: The Golden-winged Warbler (Vermivora chrysoptera) is more likely to be found in a mix of open areas and second growth trees and usually near a source of water or wet area. Older farmlands where young trees are starting to reclaim the landscape. This warbler is known to hybridize with the Blue-winged Warbler, producing two recognized hybrids known as the "Brewster's Warbler" and the "Lawrence's Warbler". Over a number of years, both hybrids' offsprings, through breeding, will return back to one of the original two bird species. At this time, the Blue-winged Warbler's breeding range is moving farther north into the Golden-winged Warbler's territory.

Distinctions: The male has a bright yellow cap, black cheeks and throat, showing a slight white supercilium, greyish-white malar, breast, gray flanks, back of head, nape and tail. Black wings with a bold yellow wing patch. The female has a similar appearance, except with duller colours, shows two yellow wingbars. The juvenile is similar to female.

Nesting: Three to five white coloured eggs, with brown markings. The nest is usually built at the base of a tree or shrub or in shrubs low to the ground. Composed of rootlets, leaves, moss and lined with fine grasses and hair. 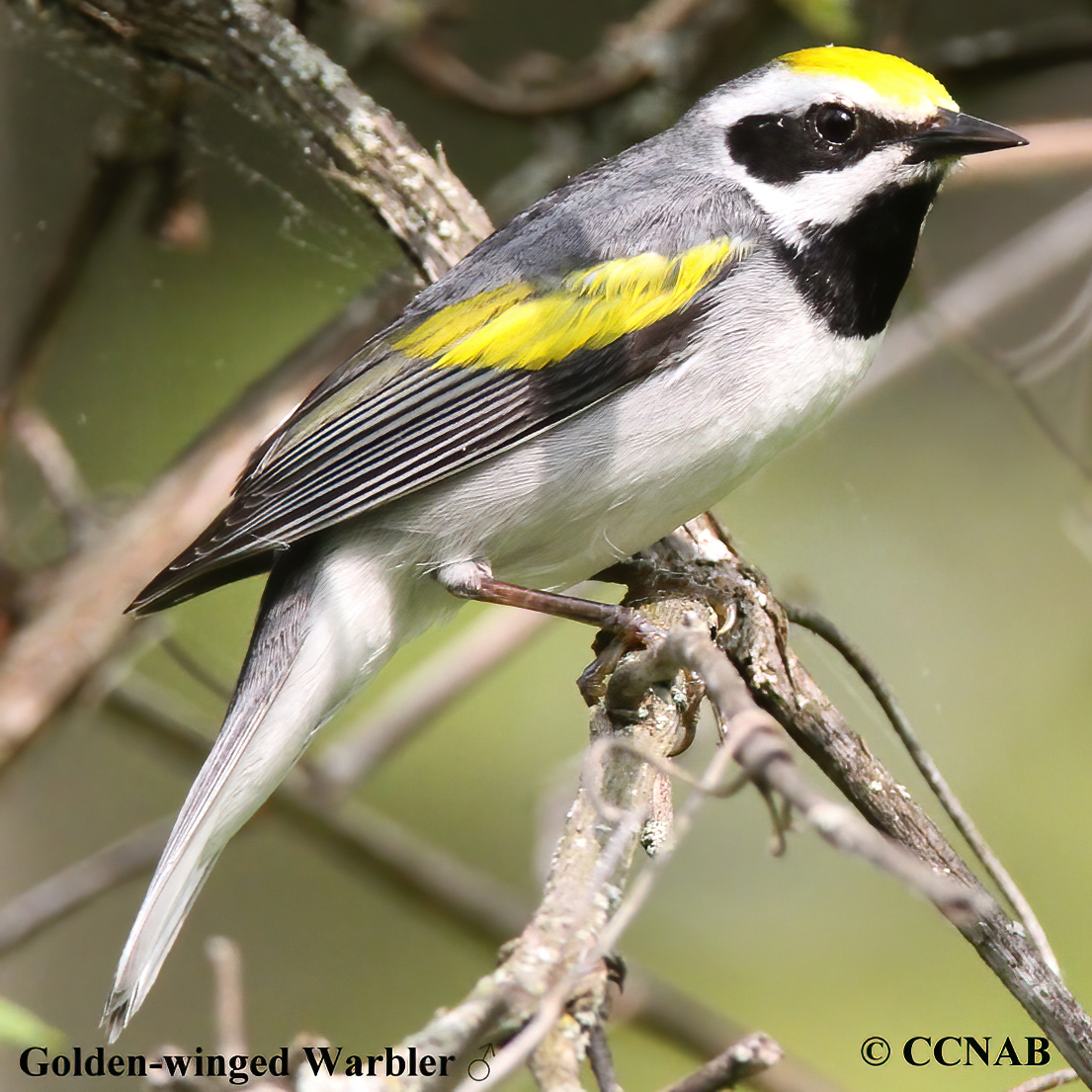 Distribution: Found from the southern borders of Quebec, north of Lake Huron, south of Lake Superior, west to central Manitoba, south through Ontario, through the eastern states as far as to the northern border of Georgia.