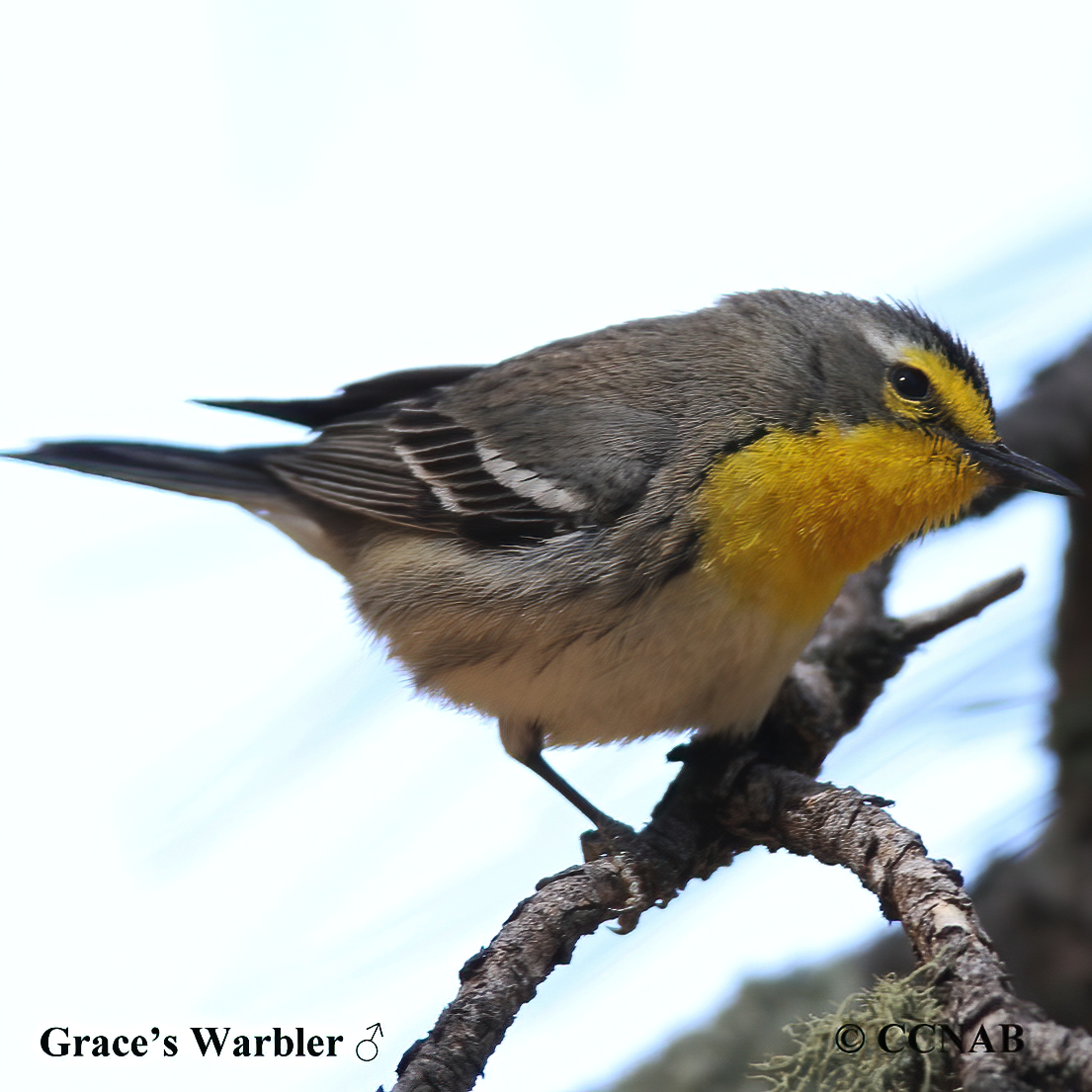 Species: The Grace's Warbler (Setophaga graciae) lives in montane-type forest of mature pines and oaks. It spends most of its time feeding high up in the pines, actively moving about, in search of insects which are its main diet. The population seems to be expanding its breeding range into the northern states. It is not, when compared to other warblers, a long range migrant. It has a similar appearance to the Yellow-throated Warbler, which does not share the same North American regions.

Distinctions: The male has a bright yellow throat and upper breast, yellow supercilium, yellow crest below the eye. Bluish-gray crown, nape, back and tail. Bluish-gray and black wings with two white wingbars. White stomach and undertail coverts, bold black streaks on flanks. The female is similar to the male, as are the juveniles, but duller in appearance.

Nesting: Three to five creamy white coloured eggs, with brown markings. The nest is built high in mature conifers and is composed of strips of bark, rootlets, leaves and lined with fine grasses and hairs. 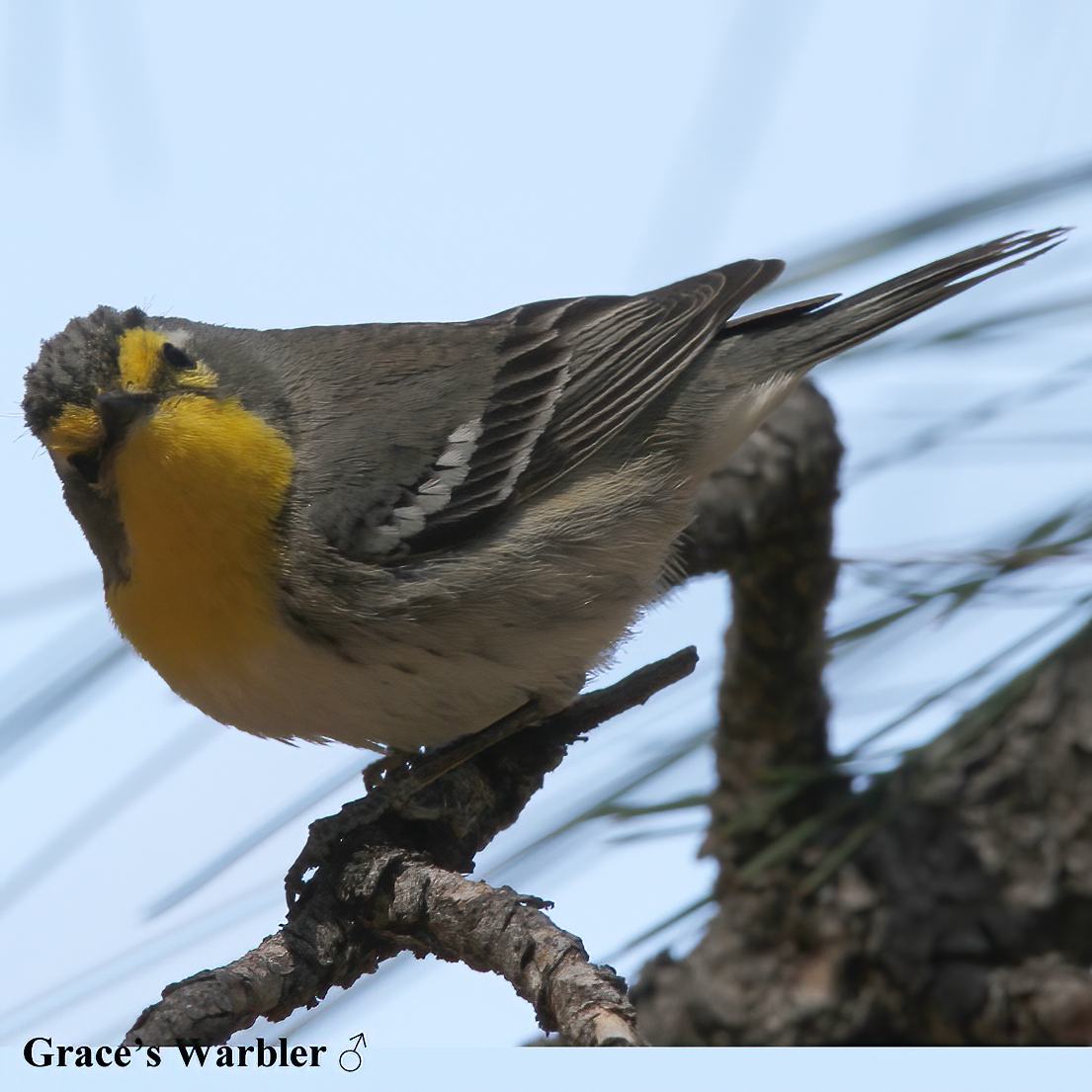 Distribution: Prefers mature pine or a mix of pine/oak forest and during the spring/summer months it is seen in the southern regions of Colorado, touching into western Kansas, through the southwestern regions of New Mexico and two-thirds of Arizona. It migrates into Mexico and Central America during the winter months.