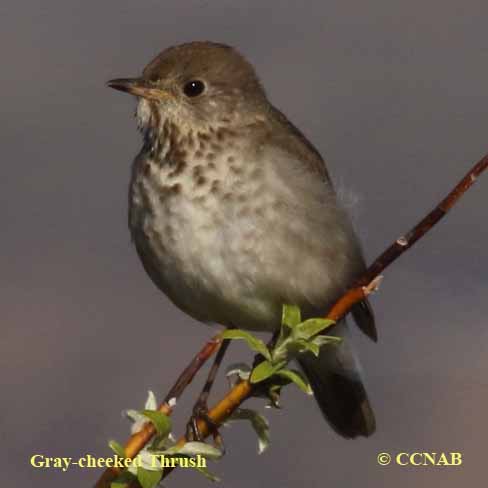 The Gray-cheeked Thrush is one of the most northern thrushes seen in North America. This bird's habitat is at the northern ranges of the boreal forest and the start of the tundra. It is very similar in appearance to the Bicknell's Thrush, that only has a small breeding range in the eastern North America area.