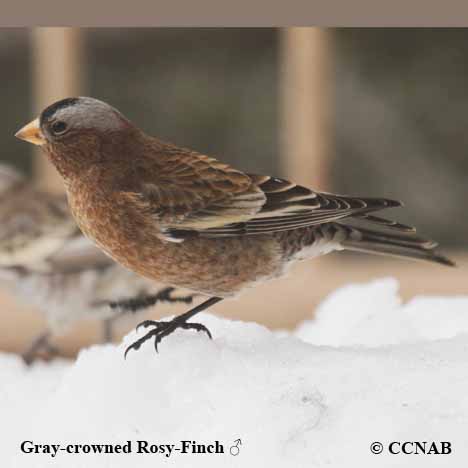 The Gray-crowned Rosy-Finch is found throughout the Rocky Mountain ranges, from northern Alaska and southward through Canada and all the way into central California. They also reach eastward touching the Dakotas and into New Mexico, during the winter months. There are at least three sub-species of this bird, that being the interior race, exterior race and the northwestern race.