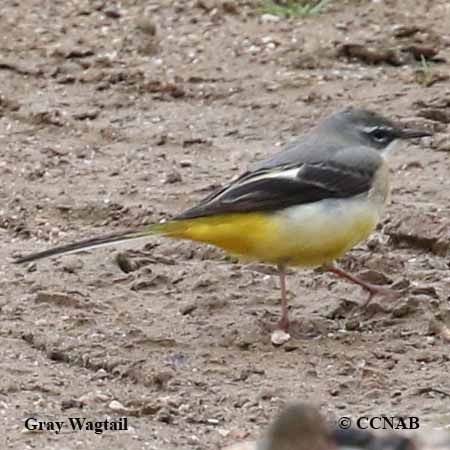 Life, Habitat and Pictures of the Gray Wagtail 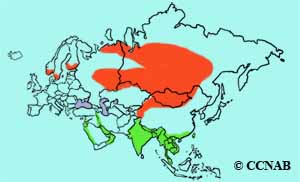 The Gray Wagtail is a bird seen throughout Eurasia. It is usually heard or seen along moving bodies of water. This grey and yellow wagtail displays an exceptionally long tail that is always flipping. It has been seen in North America and is a recognized vagrant bird species that is listed by the ABA.