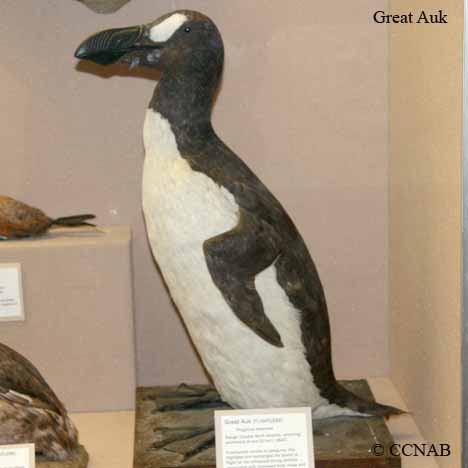 Images of the extinct Great Auk are courtesy of the Carnegie Museum of Natural History in Pittsburgh, Pennsylvania, USA and the Royal Ontario Museum, Toronto, Ontario, Canada.

The Great Auk was a flightless seabird that lived on the islands in the north Atlantic Ocean. This was the largest member of the alcid family. Unfortunately, these seabirds were slaughtered into extinction in the 1800's for food and used as fish bait. They bred on Fink Island, which is located off the eastern coast of Newfoundland and Labrador.