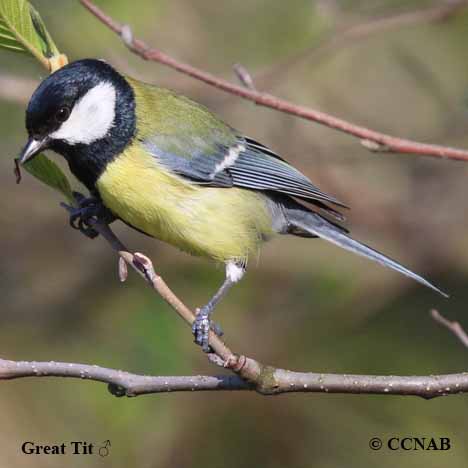 Life, Habitat and Pictures of the Great Tit 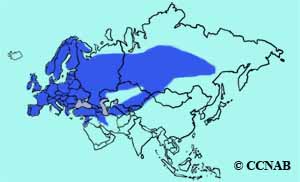 The Great Tit is one of the most common birds seen throughout most of Eurasia. It belongs to the same family as the chickadees that are seen in North America. The female is distinguished from the male by a thinner black ban running through its breast. This tit has been seen in some local areas on the western shores of Lake Michigan in Wisconsin, USA.