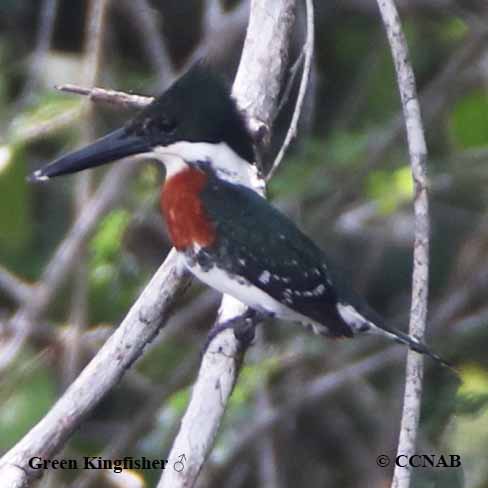 The Green Kingfisher is the smallest member of the kingfisher family that is seen in North America. This dark green coloured bird can be found watching over creeks, perched on a branch above the water. The male can be distinguished from the female by its orange breast ban while the female has green markings on her breast.