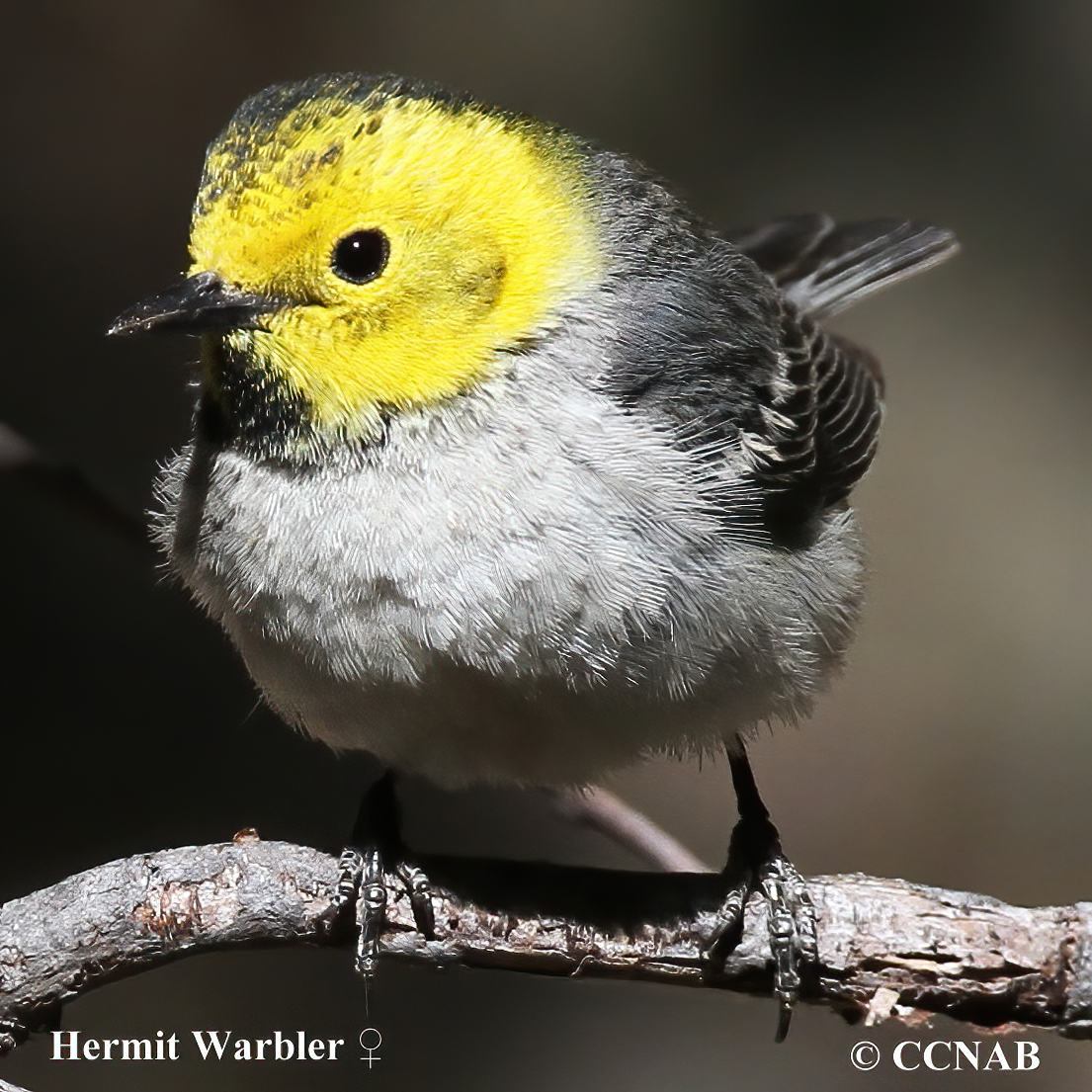 Species: The Hermit Warbler (Setophaga occidentalis) prefers coniferous-type forests. As it is a bird that feeds high up in mature trees, it is not easily observed. It feeds solely on insects which it gleans from branches or even hawks them on the wing. Occasionally, it hybridizes with the Townsend's Warbler, which shares the Hermit Warbler's northern range. The hybrid offspring resembles the Hermit Warbler more than the Townsend's Warbler, but it shows green on its back and yellow on its breast. It is not endangered and fairly common in its range.

Distinctions: The male has a bright yellow face, small black crown, nape and throat. Black and gray wings and tail, two white wingbars, light gray mottled streaking on a light gray breast and undertail coverts. The female is similar to the male but duller in appearance and juveniles might show more green than black and gray on the back.

Nesting: Three to five creamy white coloured eggs, with brown markings. The nest is built high in mature conifers. Nest is composed of strips of bark, rootlets, leaves and lined with fine grasses and hairs. 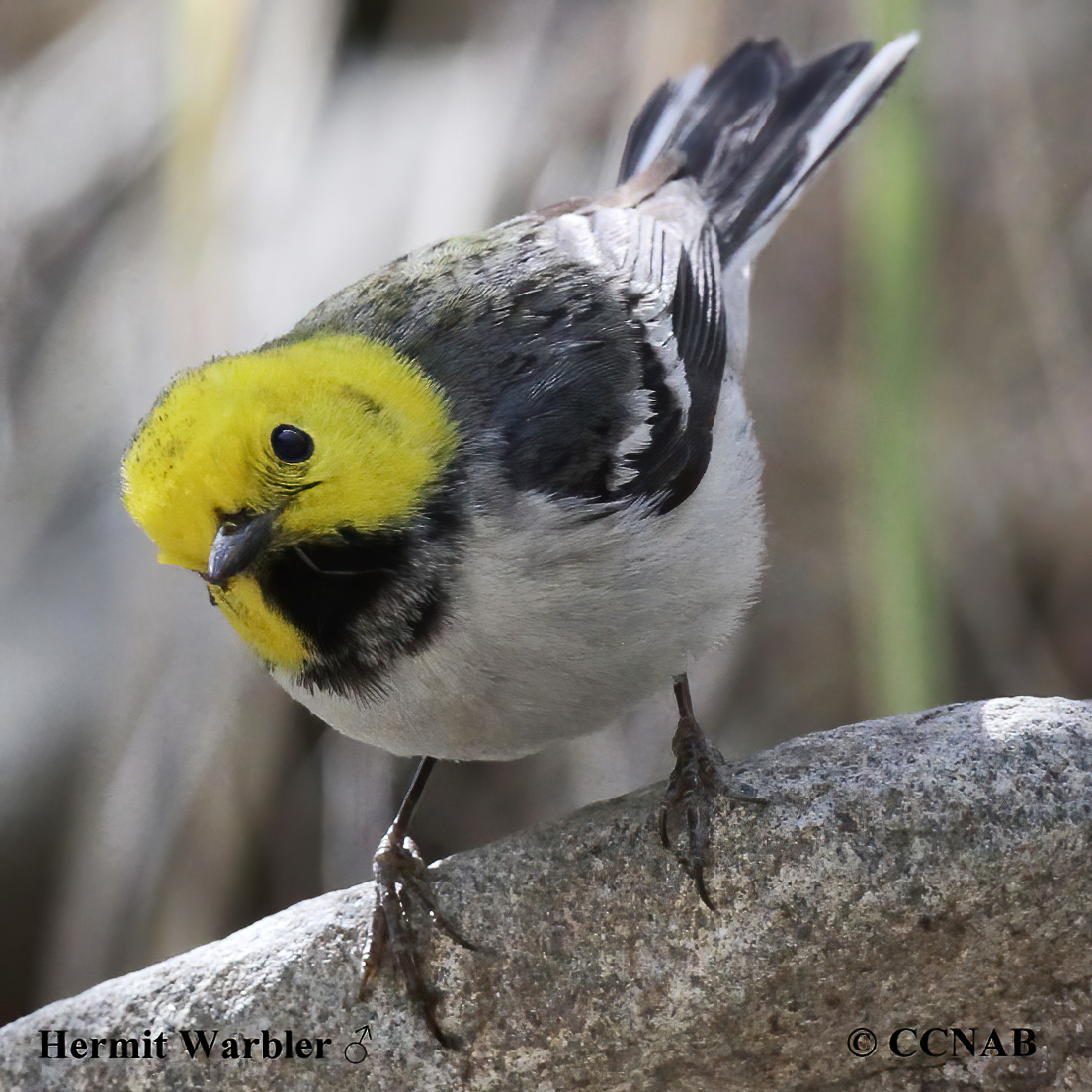 Distribution: Prefers mature pine in mountainous landscape and it is seen from the state of Washington, south along the western slope of the Rocky Mountains, through Oregon, reaching into central California and touching on Nevada's western border. Migrates into Mexico and Central America during the winter months.