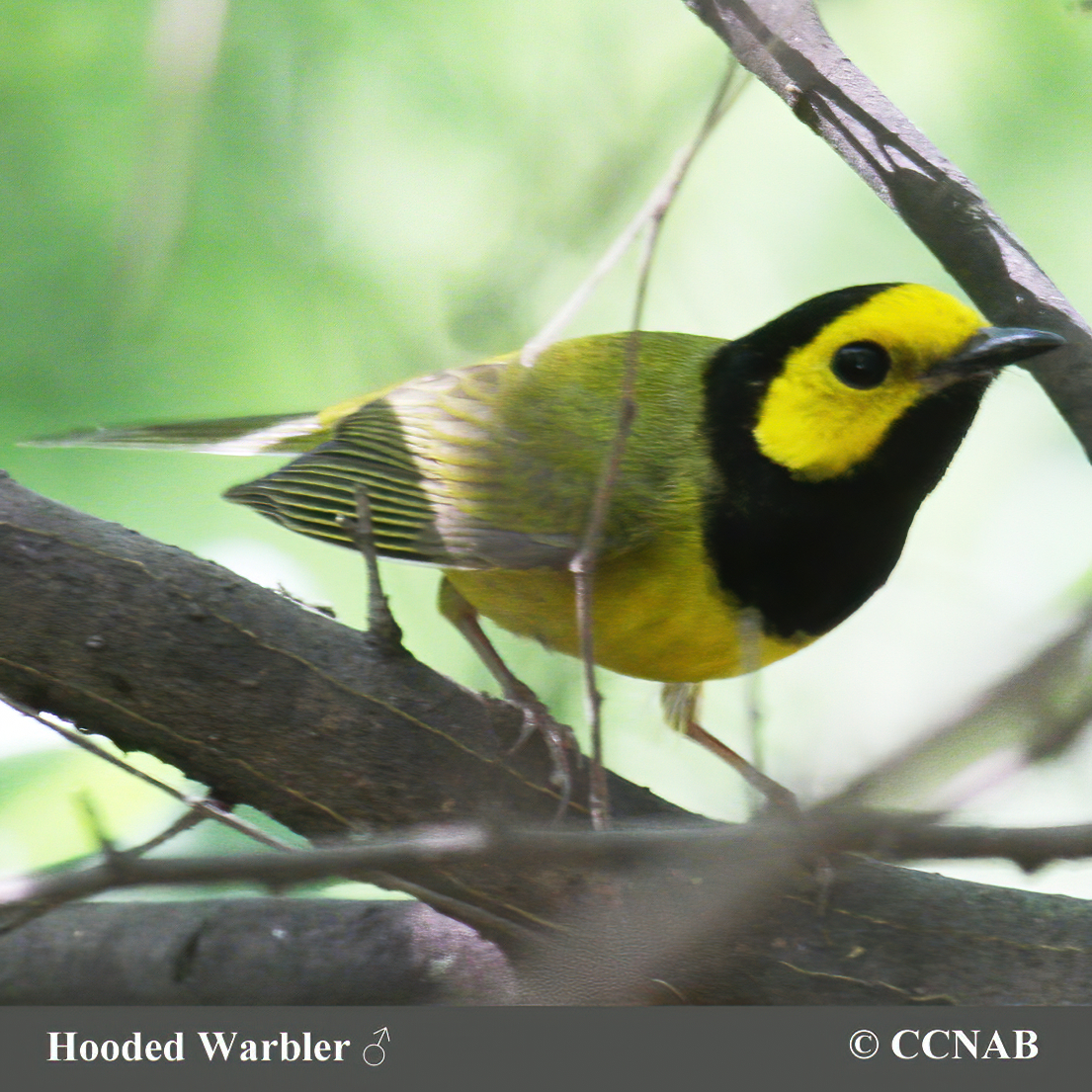 The Hooded Warbler is a member of the wood warbler's family. The male has a greenish-yellow body with a black hood that covers the head and neck. It has a yellow face. The female has a green body with a yellow face, breast and flanks. Both sexes have white outer tail feathers. These warblers are seen in the southeastern regions of North America.