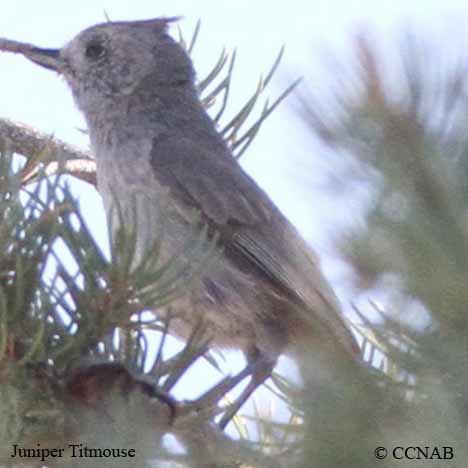 The Juniper Titmouse is very similar looking bird to the Oak Titmouse, which is found in California. This small active bird is seen from northern Nevada to eastern Colorado, to southern New Mexico and eastern Arizona. Its preferred habitat, as the name indicates, is usually in juniper stands.