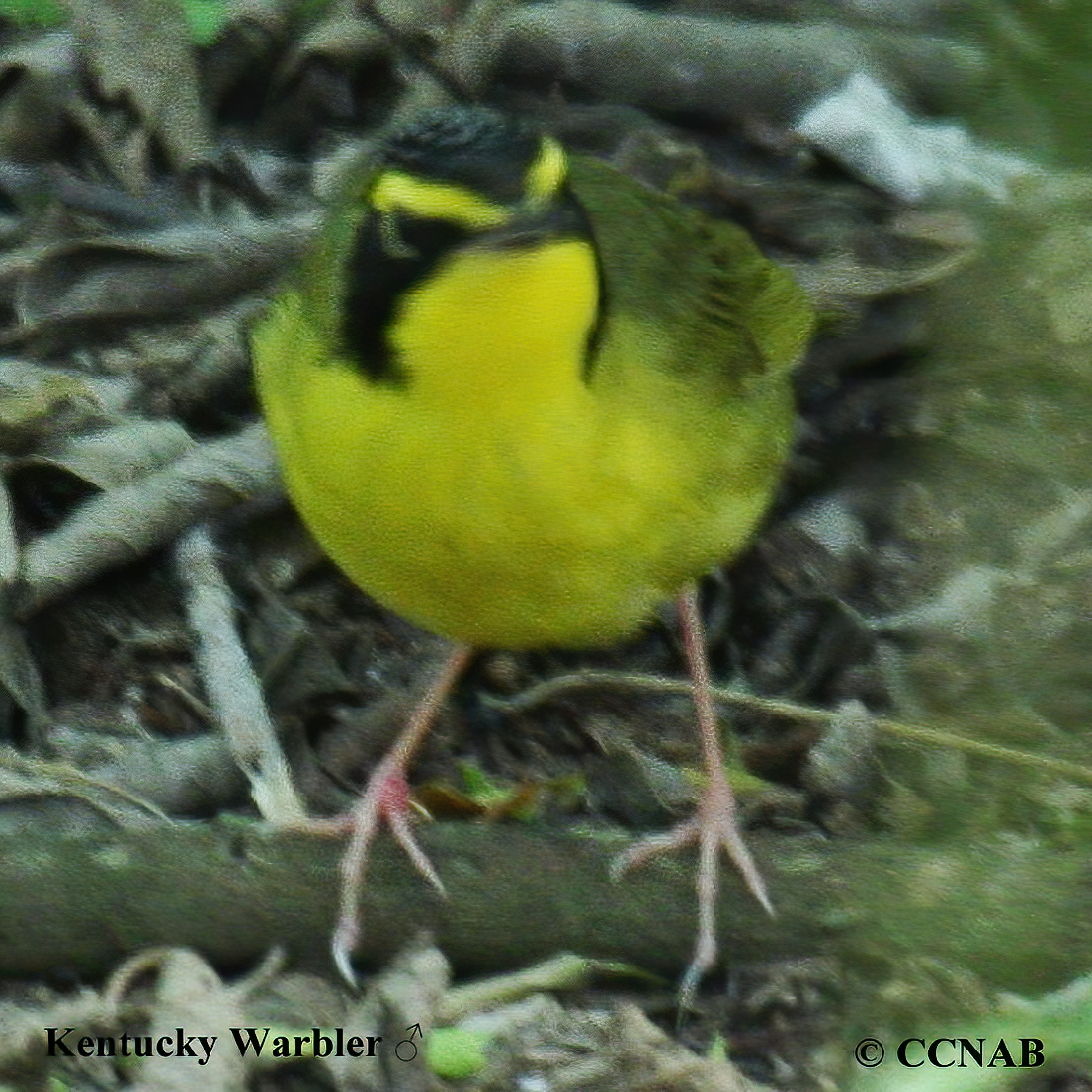 The Kentucky Warbler is a small green and black bird with a yellow face patch. The female has similar colours but they are not as bold. It is not an easy bird to observe as it spends its day feeding on the forest floor in the undergrowths. Most times this bird is heard but not seen.