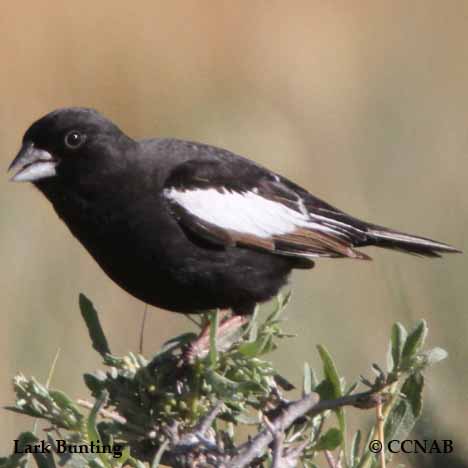 The Lark Bunting is found in the central regions of North America. From the southern borders of the western Canadian provinces, through to Texas and into Mexico, which depends on the time of the year. The male is recognized by it mostly black plumage and strong white bars. The female is more apt to resemble a sparrow.