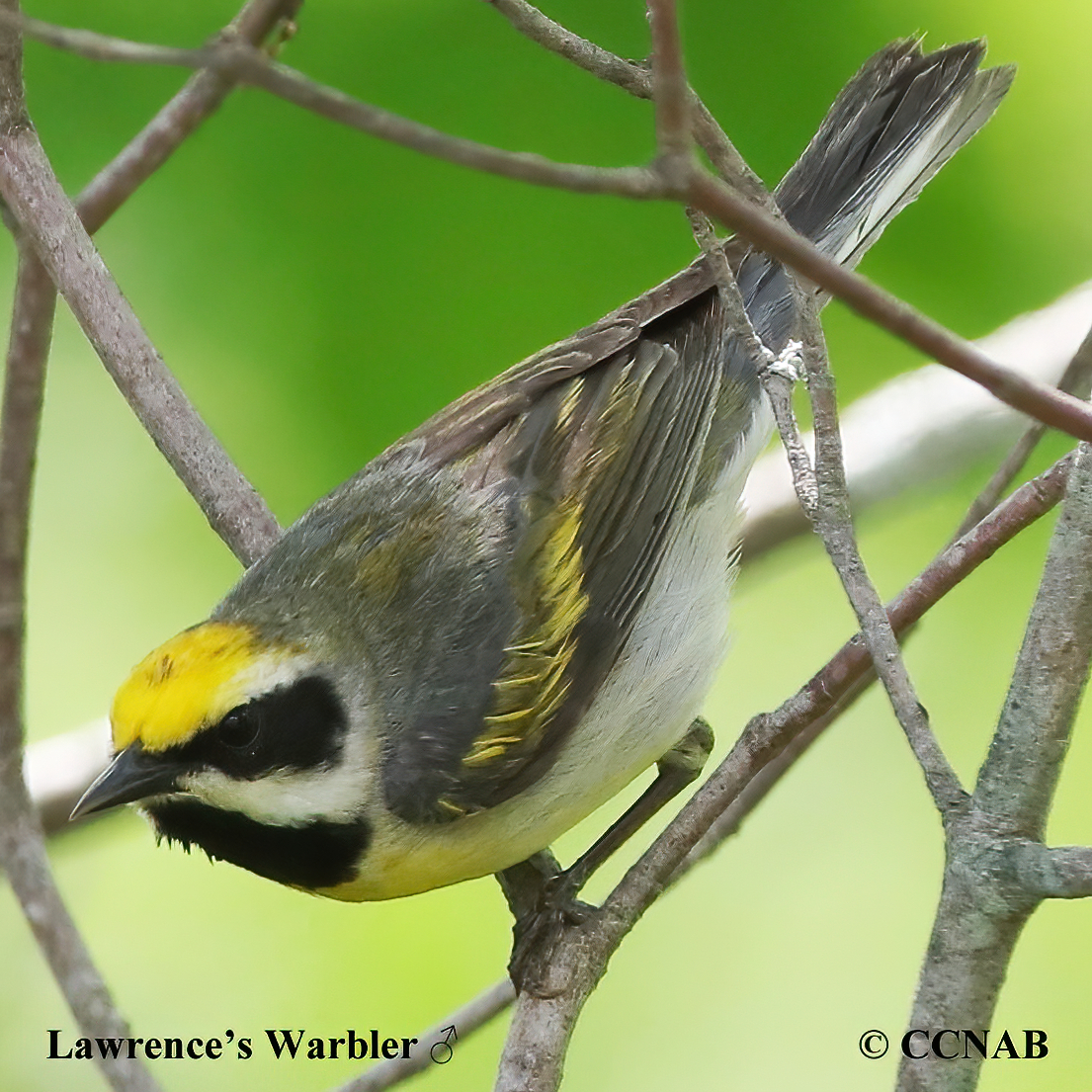 The Lawrence's Warbler is a hybrid, which is a descendent of a Brewster's Warbler, another hybrid that crossbred with a Golden-winged or a Blue-winged Warbler. These colourful warblers are seen in the mid-eastern regions of North America and have characteristics and features of their parent species.