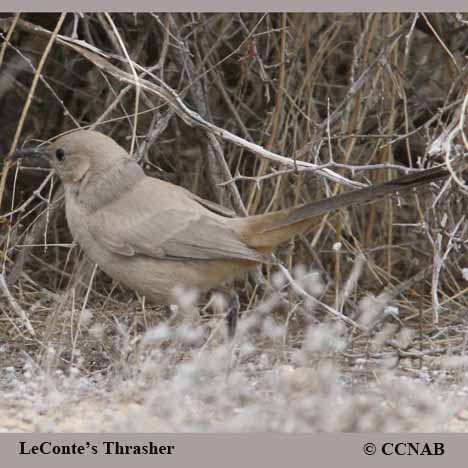 The LeConte's Thrasher was previously known as Le Conte's Thrasher. It is one of the most rare thrashers seen in North America. This sandy soft-coloured bird finds its habitat in the hot and arid landscapes in California and Arizona. It has a secretive nature and uses the desert shrubs to conceal itself.