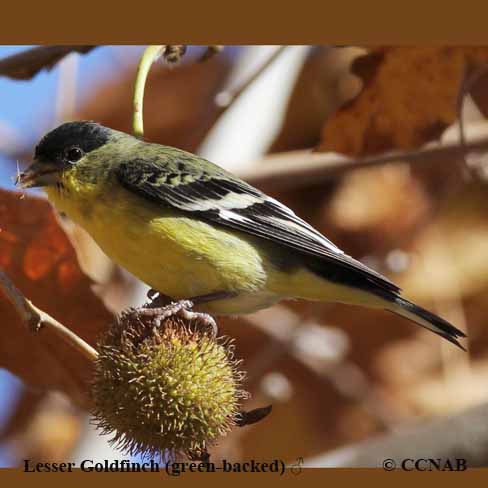 The Lesser Goldfinch is a member of the Fringillidae family. These birds are attracted to backyards with bird feeders. It is not uncommon to see them flocking with other types of goldfinches, or for that matter, other types of finches. They are not as hardy as the American Goldfinch which live much farther north.