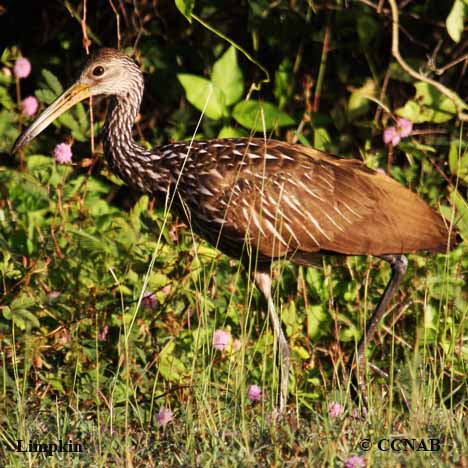 Life, Habitat & Pictures of the Limpkin

The Limpkin is a medium-sized brown wader. It is seen in Florida and throughout the Caribbean islands and right to the southern countries of South America. One of the main food sources of this bird are the large snails that live in the same habitat. This bird can sometimes be confused with the juvenile Glossy Ibis.