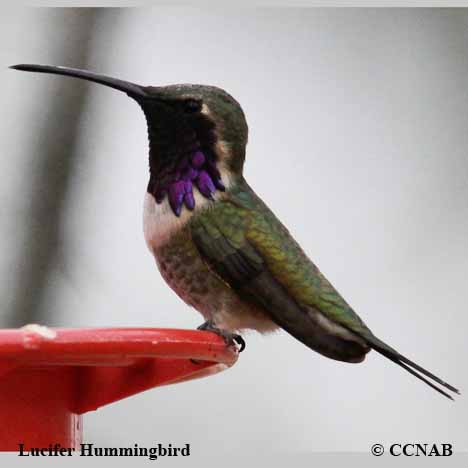 The Lucifer Hummingbird can be identified by its purple gorget, in which the outlining of it looks like it was crocheted. This small hummingbird breeds in the most southern regions of Arizona. It is a full time resident in the central and southern regions of Mexico, where it is seen throughout.