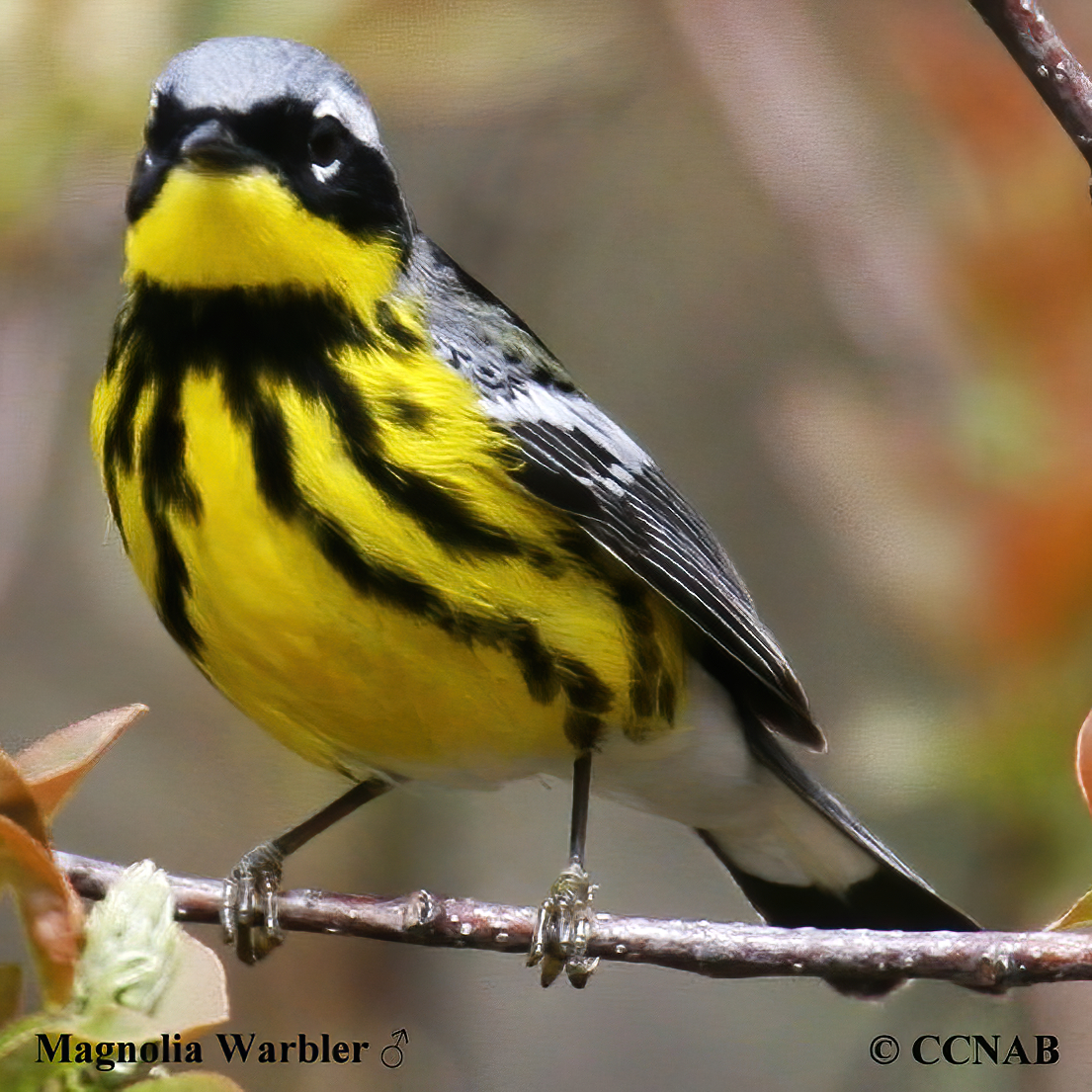 The Magnolia Warbler is a member of the wood warbler family. It is an attractive bird to see in its blue, yellow and black plumage. It is not as shy a warbler as most other warbler species. It is not uncommon to be able to approach this warbler, as it is singing from a branch or hunting for insects.