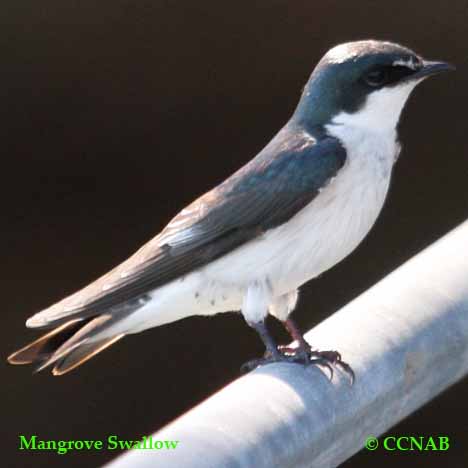 Life, Habitat and Pictures of the Mangrove Swallow

The Mangrove Swallow is a tropical bird found on both the eastern and western coasts of Mexico and southward to the southern boundaries of Central America. This shiny blue swallow has a similar appearance to the Tree Swallow and it is identified by the white lines above its eyes.