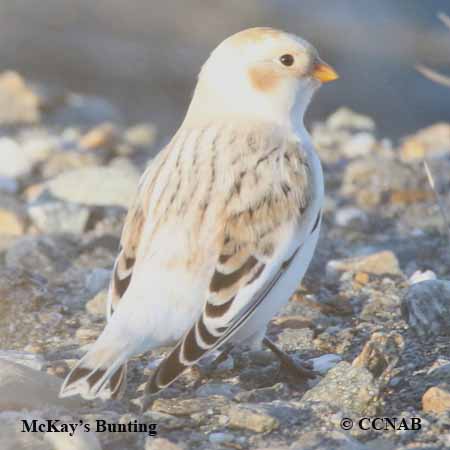 Life, Habitat and Pictures of the McKay's Bunting

McKay's Bunting has a small toehold in North America. Nesting in the warmer summer months on St. Mathew Island, located in the North Bering Sea, and moving to the western shores of Alaska in the winter months. This was once a sub-species of the Snow Bunting and was then separated into its own bird species. Today, there is talk of joining the two species back together.