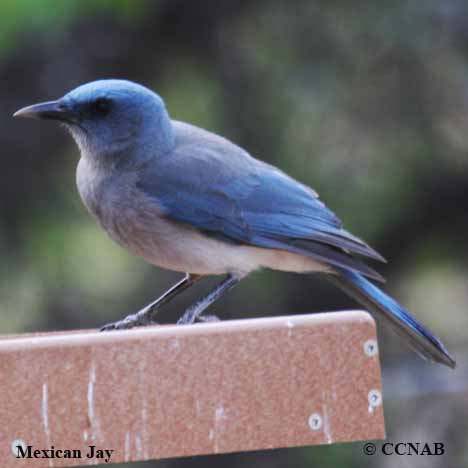 The Mexican Jay is found along the southern US border with Mexico. They are seen in Arizona, New Mexico and Texas. These brightly coloured blue jays are usually seen in mountainous terrain. They are attracted to any birding stations, where fresh oranges, peanuts or jellies are available.