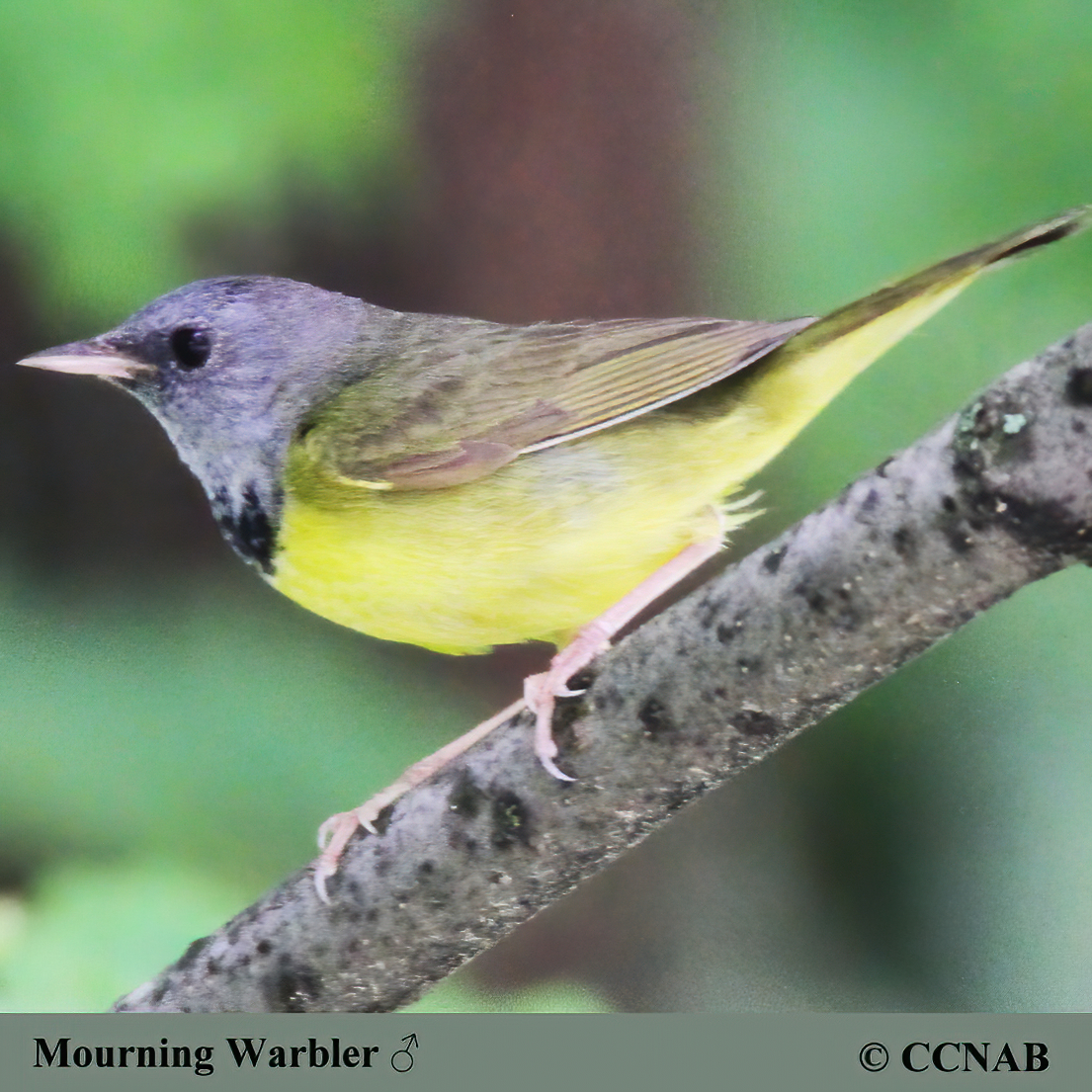 The Mourning Warbler is among the shyest of warblers seen in North America. This bird chooses to make its habitat in the thick new undergrowths, where the foliage allows the bird to be heard and not seen. Two other warbler species that are seen in North America have a very similar appearance, the MacGillivray's Warbler and the Connecticut Warbler.