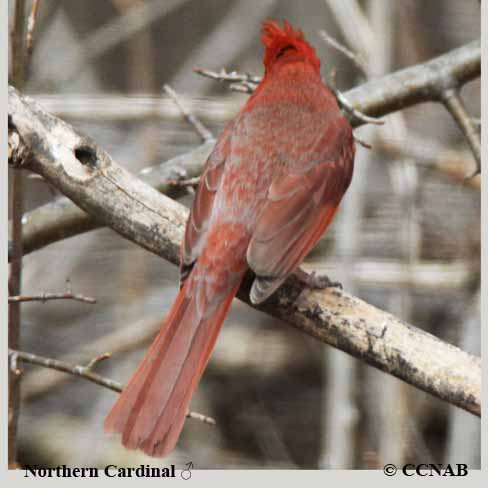 Distinctions: Sexually dimorphic, the male has a red body, crested head with a black face. The female is light brown with red tinges on its wing and tail feathers, some black around her eyes. The juveniles are similar to the female except for having a black bill instead of a red bill.

Voice: Both the male and female sing, which is different from most bird species, and the cardinals sing all year long. Although they are secretive birds, it is not uncommon to see them singing and perched on a limb in the open.

Nesting: Four to six pale green eggs with reddish-brown spots, with as many as four broods per year. 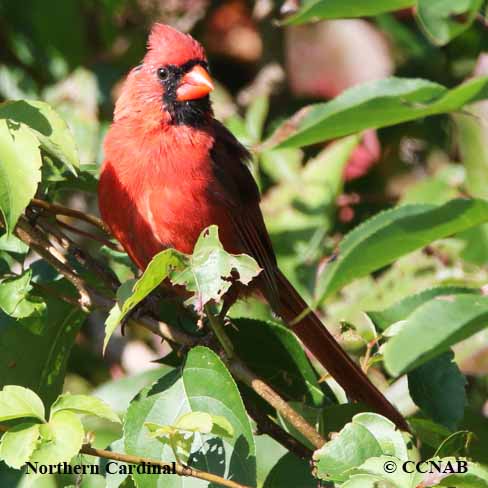 Distribution: Found throughout all areas where there are thickets or heavy bush. Expanding farther north every year and this is credited to the outdoor feeder stations being put out in the winter months. Seen from Nova Scotia to south of the Canadian borders into the central USA, down into Arizona to the southern tip of Florida.