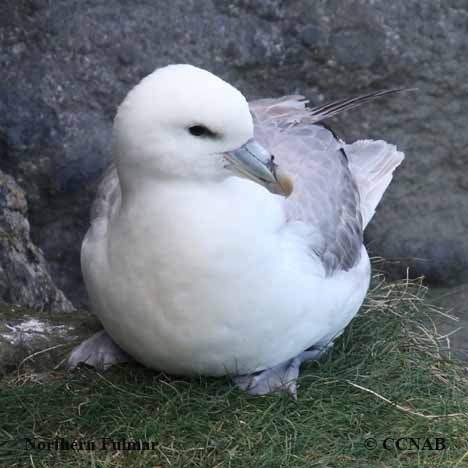 The Northern Fulmar is a seabird and a member of the tube-nosed group. This bird's most common colour is a shade of white. Although the fulmars seen in the Bering Sea are almost all sooty coloured. These seabirds can be easily identified by their stiff wing beats, which are more similar to a duck or a goose rather than a gull-like bird.