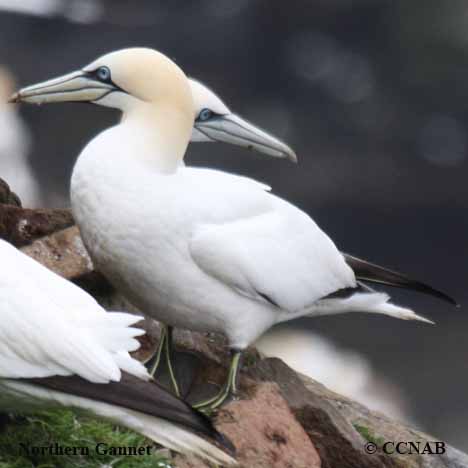 The Northern Gannet is a member of the Booby family. They are a large seabird group, known for their steep vertical dives, from astonishing heights, piercing the surface of the water in order to capture fish in the seas. This bird can be seen in great numbers at Cape St. Mary's in Newfoundland and Labrador, where a very large nesting colony exists.