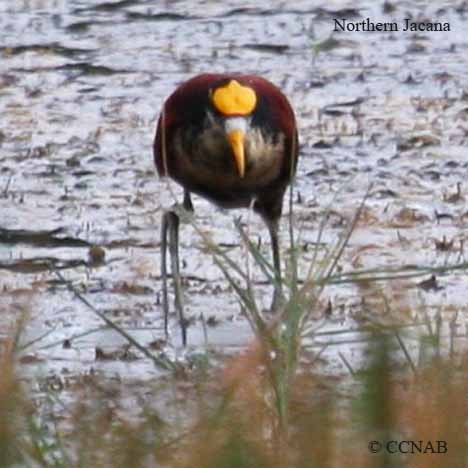 The Northern Jacana is a tall lean looking marsh bird native to Mexico, Central America and to the Caribbean islands. It is typical to a rail, where it has long legs with very long toes, giving it the ability to walk on the surface of the water, from one plant to the next. It has been seen in North America and is a recognized vagrant.