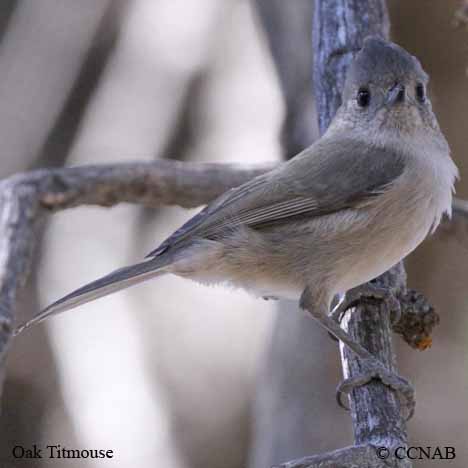 The Oak Titmouse is a small grey bird found mostly in California as well as some in southern Oregon and in the northern areas of the California Baja. This titmouse prefers wooded areas and is a friendly bird that often visits backyard birdfeeders.