Species: The Osprey (Pandion haliaetus) once known as the Fish Hawk, preys almost entirely on fish. It is seen mostly in the northern half of North America and its coastlines. The feet have long talons, with recesses on the toes, giving it the ability to catch and hold slippery fish in a firm grasp. Larger than buteos, with a wingspan almost comparable to an eagle, providing it the strength and power to fly out of the water with its catch. Sometimes, the Osprey itself is preyed upon by the Bald Eagle, which forces it to drop its catch, hence the eagle will pick up the fish for its own consumption. 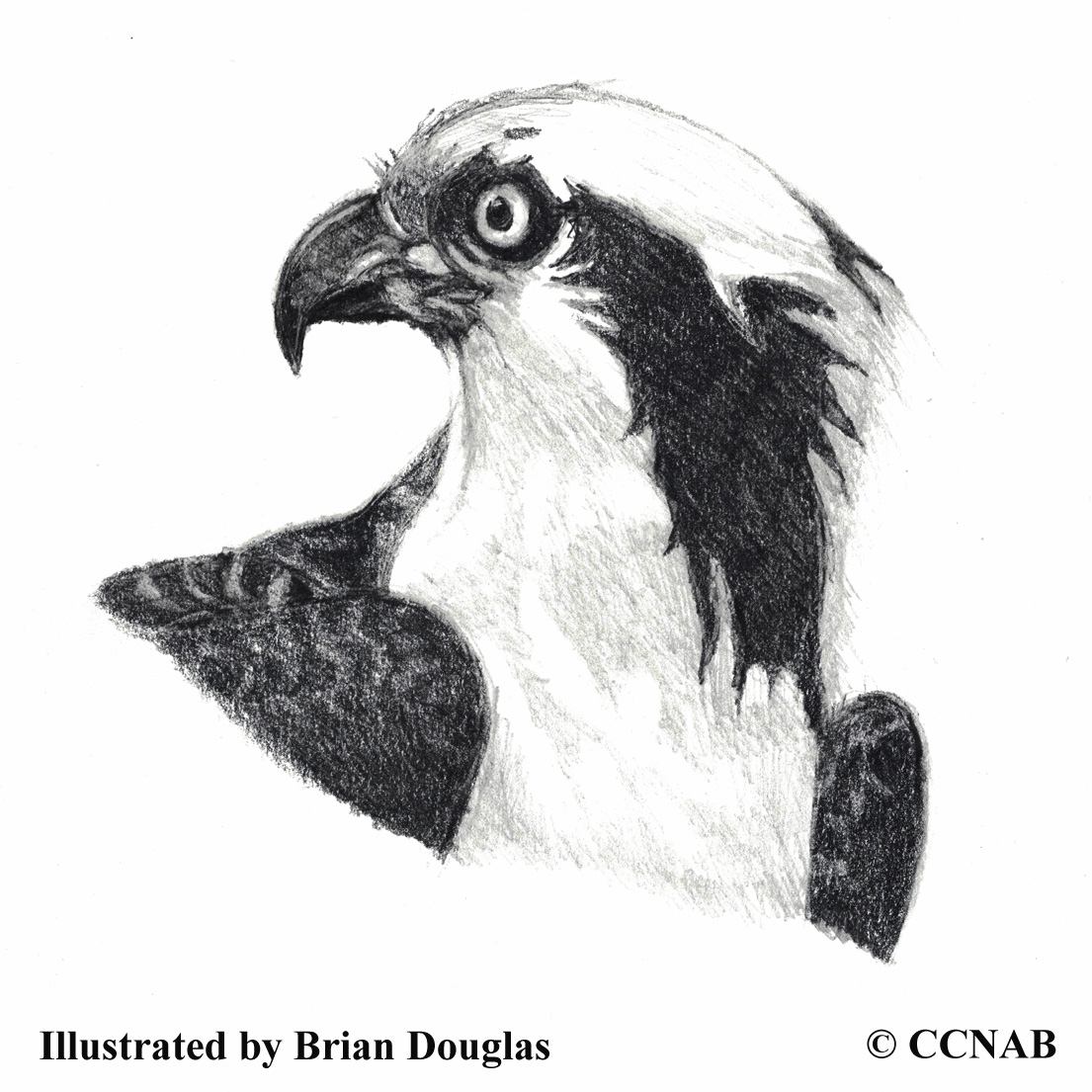 Distinctions: Adults are similar in appearance. Mostly all white underneath, multiple dark bands on the tail. Long wings, with white and dark brown patterns, dark patches visible at front where the wings bend. White face with slight crest at back of its head, long curved beak made for tearing into a fish. Dark area behind the cheek and side of neck. Brown back and top of tail.

Nesting: Two to three off white and brown spotted eggs, one brood per year. Nest built near waters, in mature trees, man-made platforms, utility poles, or the undercarriage of tall bridges. Nest is built very large in nature, using branches, sticks, twigs, leaves and softer materials. Used year after year and the nest is added to yearly. 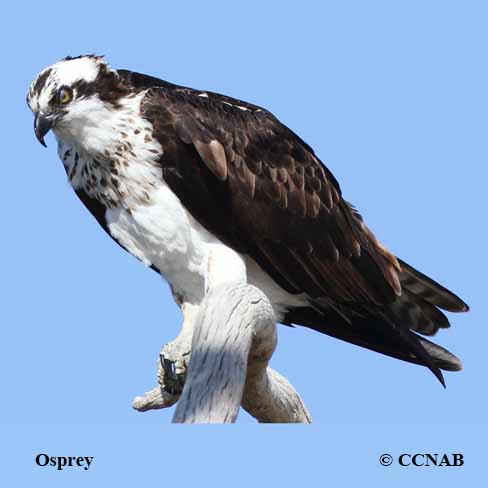 Life, Habtat & Pictures of the Osprey 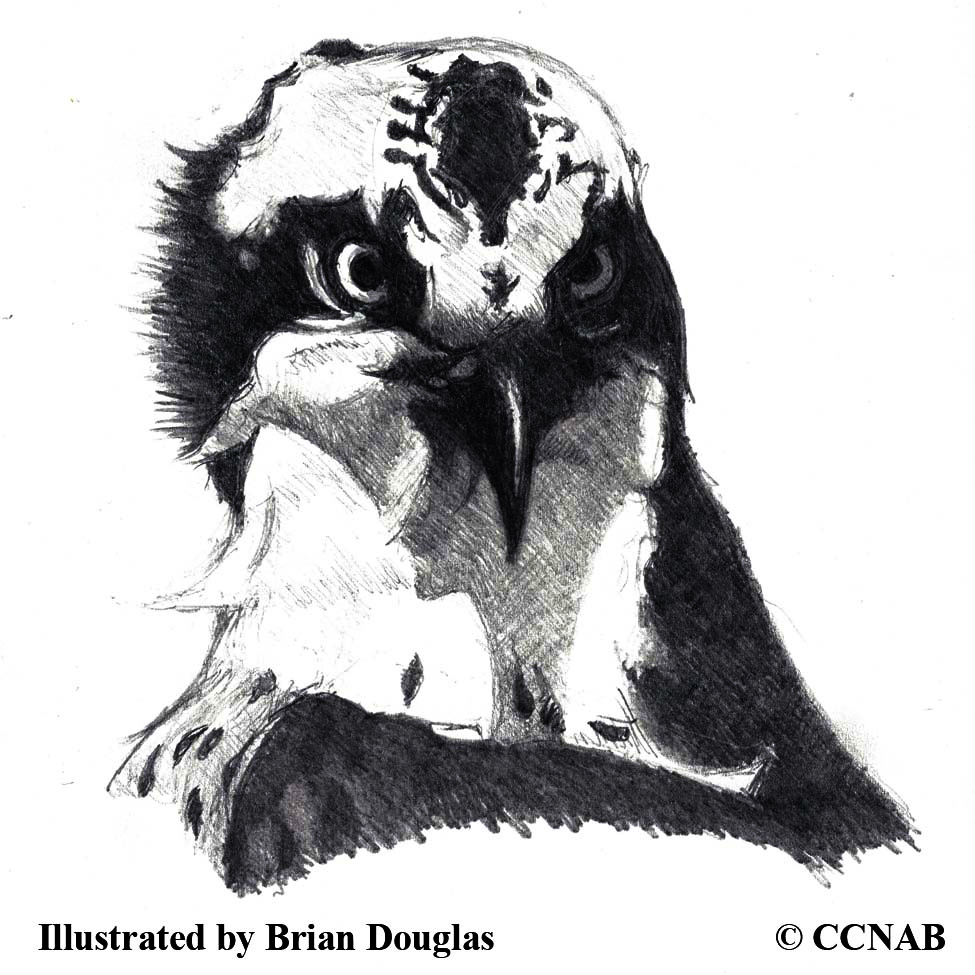 Distribution: Forty years ago a very noticeable decline was noticed but today because of conservation, their population seems stable. Seen from Newfoundland through most of Quebec, except in the treeless regions, all the way throughout to the Aleutian Islands in Western Alaska, south into California and throughout the western US states. Along the Atlantic coast and into Florida during the winter months.