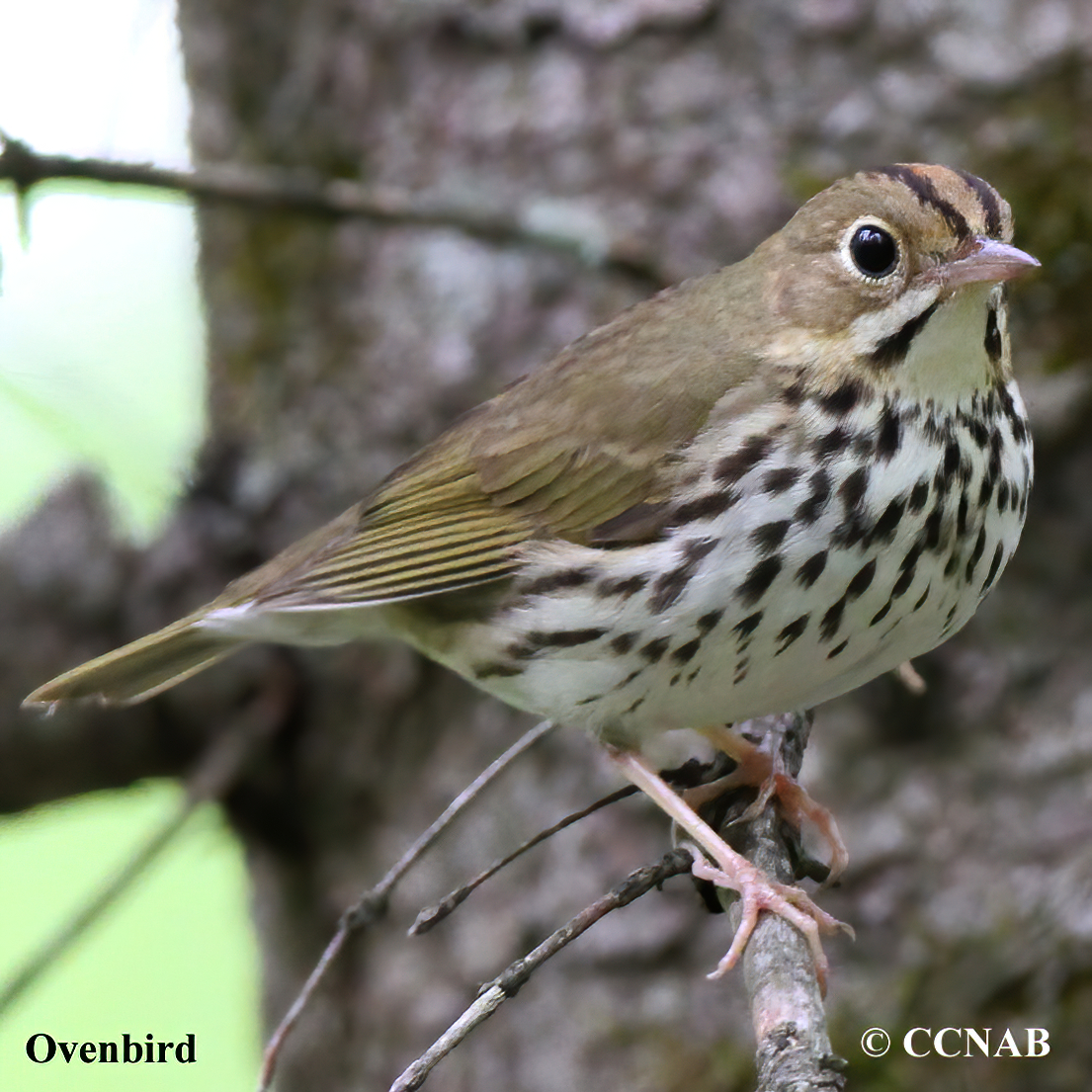 Life, Habitat & Pictures of the Ovenbird

The Ovenbird is a member of the wood warbler family. This is one of the more commonly heard warblers in the forest. Its call is quite similar to the sounds of two rocks striking one another. It spends its days on the forest floor searching out insects and grubs.