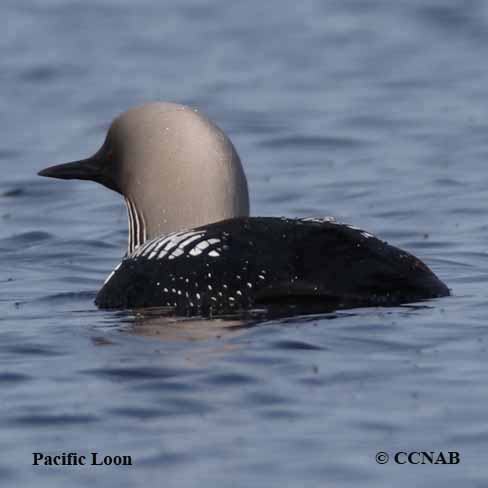 The Pacific Loon, as the name indicates, is a water bird seen mostly in the Pacific Ocean and waters fairly close to the western coastlines. In summer, they breed from the begining of the tundra to the arctic coast, with some nesting in the far northern boundaries of Quebec. In the early winter months, it is seen in the eastern regions of North America.