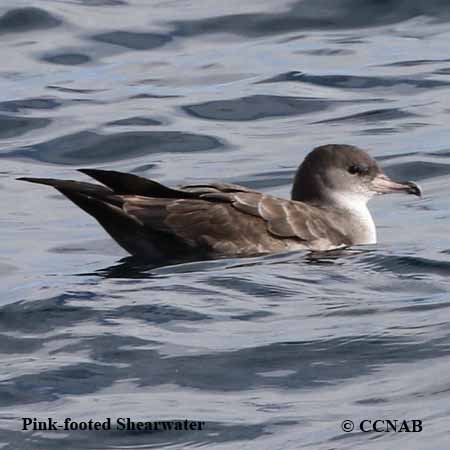 Life, Habitat and Pictures of the Pink-footed Shearwater

The Pink-footed Shearwater can be seen offshore from the western US coastal states in the Pacific Ocean. This shearwater has a slightly brown back and is white underneath. This shearwater gets its name from its noticeable pink-coloured legs and pink bill.