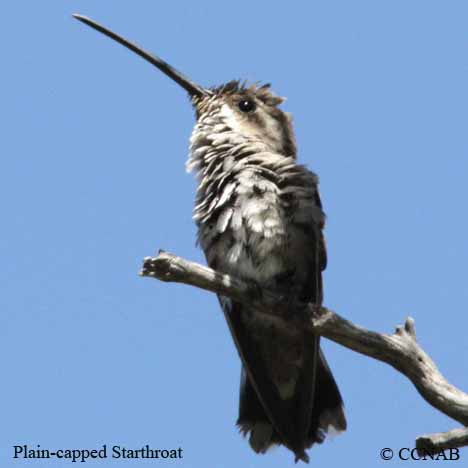 The Plain-capped Starthroat is a large hummingbird. It is a native bird of Mexico and Central America. This is one of the few hummingbirds that does not have any brilliant colours. As the name suggests, this is a soft coloured bird that displays light coloured plumage. It is seen in the southern US border states on a fairly regular basis and is a recognized vagrant.