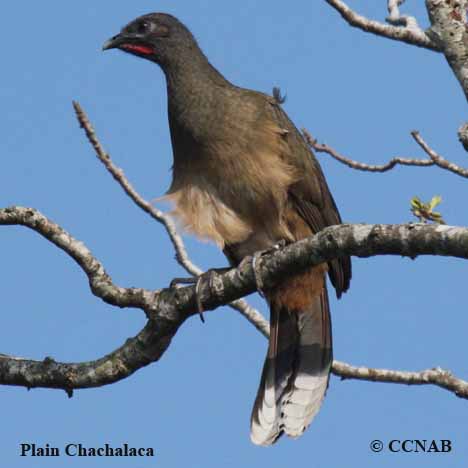 The Plain Chachalaca is a large upland gamebird found from the southern tip of Texas, Mexico and Central America. This large brown bird greets the dawn with loud deafening cries throughout the forest. They can be seen walking along the limbs of the large trees and jumping from limb to limb.