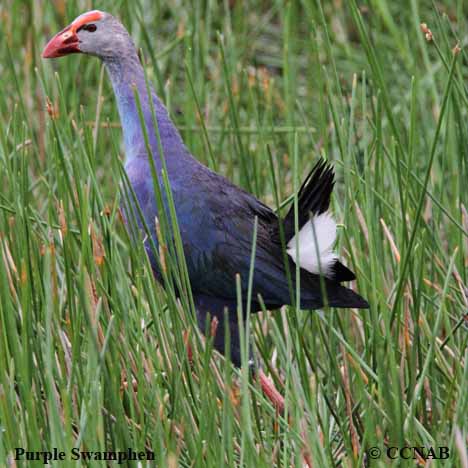 The Purple Swamphen is a recently introduced marsh bird into the state of Florida. This is a native bird of Africa and there it is called an African Swamphen. This very large-footed marsh bird has adapted very well to its new habitat. It is now thriving and expanding its territories.