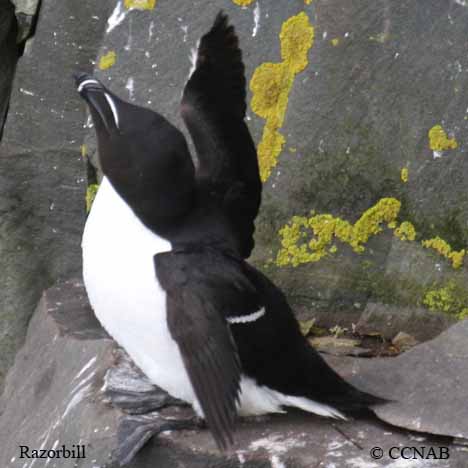 Life, Habitat & Pictures of the Razorbill

The Razorbill is a seabird and a member of the auk family, also referred to as an alcid. This short-winged, sharp-billed bird, breeds in the northern waters of the Atlantic Ocean. It also breeds on Greenland, Iceland, Ireland and on Europe's western coastlines. In the winter months, it is seen along the eastern US states coastline.