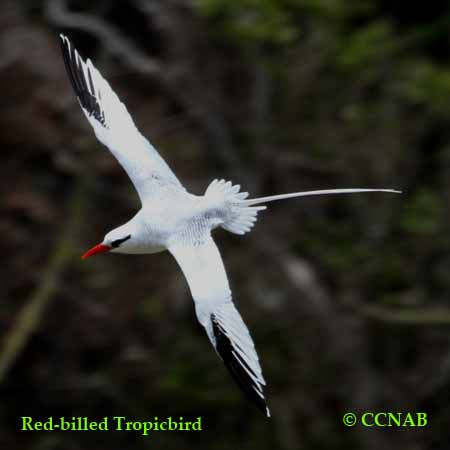 Life, Habitat and Pictures of the Red-billed Tropicbird

The Red-billed Tropicbird lives in the ocean tropics. It is easily identified as a tropicbird by its long streaming tail feathers and white plumage. At certain times of the year, this beautiful white seabird is regularly seen in the Pacific waters off the southern California coast.