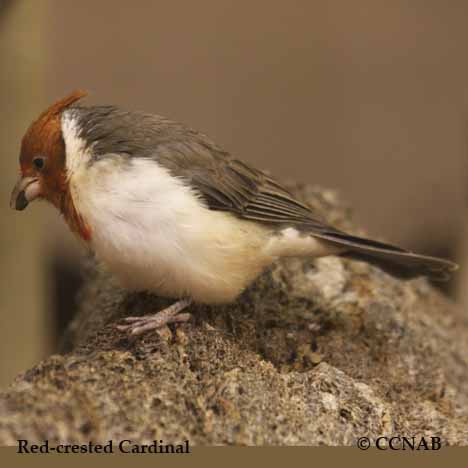 Life, Habitat and Pictures of the Red-crested Cardinal

The Red-crested Cardinal is a native bird to the central regions of South America. The Hawaiian Islands have an established population of introduced cardinals throughout as does Puerto Rico in the Caribbean Sea. From time to time, one might see an escaped bird of this type in North America.