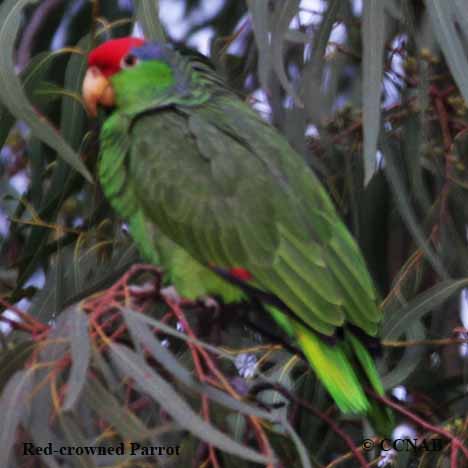 The Red-crowned Parrot can be found in large numbers in the southeastern corner of Texas. In the evenings, one can see large flocks coming into the town to roost for the night. They can also be seen in small numbers in southern Florida and in Los Angeles, California.