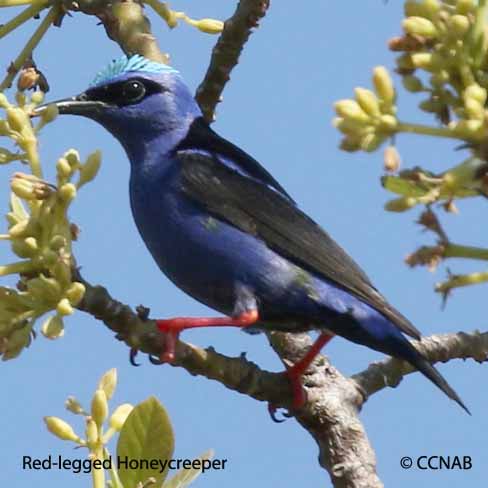 The Red-legged Honeycreeper is a tropical forest bird found throughout southern Mexico, Central America and South America, including Cuba. These small colourful birds can be seen perched in the tree crowns. It has been seen in the southern US state and is a recognized vagrant.