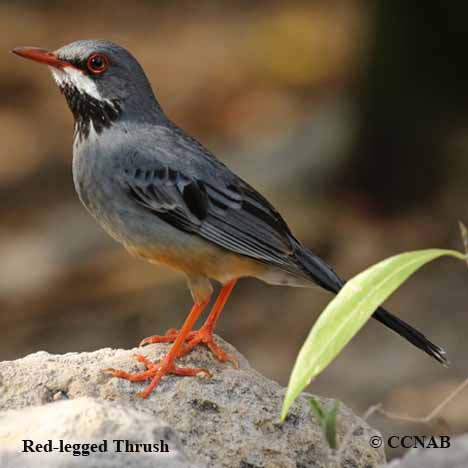 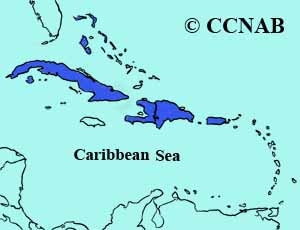 The Red-legged Thrush is a rare vagrant to North America from one of the Caribbean islands countries. Although, the distance is not far to the islands, and thrushes are long distance flier. It has not bee seen very often in the US states. This beautifully coloured thrush is a common bird seen on the different islands.